You are here:
Home::
News::
Premiere of the new play Věra at the Reduta Theatre in Brno 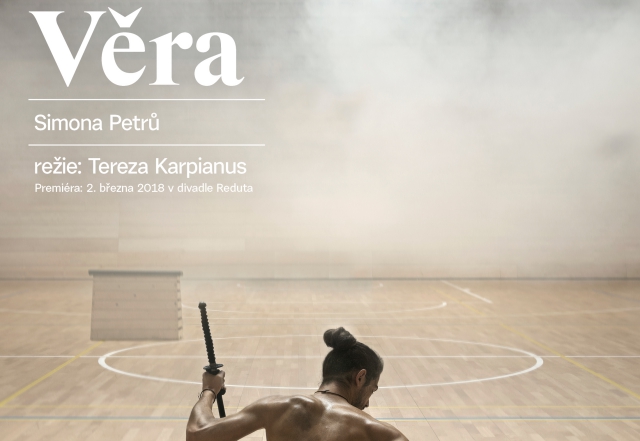 The National Theatre Brno presented the world premiere of the play Věra on March 2, 2018. The production, subtitled Floor exercise of an extraordinary life, deals with courage, fame, responsibility, heroism, truth and good fortune.

Ascent to the very pinnacle of Olympus and then an abrupt fall. New victories and defeats. The fascinating, nearly heroic story of a woman who refused to give up. A new play by the most-produced playwright in Brno – inspired by the fortunes of Věra Čáslavská.

A fleeting motion of the head sufficed to turn her life upside down. From being the greatest female athlete in the world and, after Jacqueline Kennedy, the second most popular woman on the planet, she was to be relegated to the dregs of humanity. The year was 1968 and gymnast Věra Čáslavská was celebrating her athletic triumph at the Olympic Games in Mexico. By dedicating her hard-fought medals to the leaders of the Prague Spring, she took a stand against the Soviet tanks that were occupying Czechoslovakia. On the winners podium during the awards ceremony, she averted her head ever so slightly as the Soviet anthem was played. The silent protest would cast her into obscurity in her own country. The bearer of a Samurai sword was displaying her courage and bravery in the face of adversity.

She confronted family tragedy and personal crisis. She lived in unyielding faith and truth, devoted to her principles, civic responsibilities and to her name – Věra (which literally means faith).

More than a biography of an exceptional woman and athlete, the play covers the meaning of human existence at critical moments of a personal life at turning points in history.