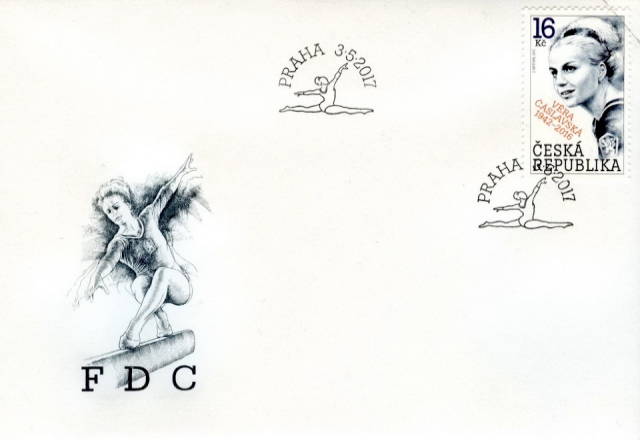 A new commemorative postage stamp in the “Personalities” series pays tribute to prominent Czech sportswoman Věra Čáslavská. The stamp was publicly released on May 3, 2017. Graphic designer Zdeněk Netopil designed the face value 16 CZK stamp, as well as the first day cover (FDC) and the celebratory handstamp. Bohumil Šneider engraved the FDC. The release of the stamp on her birthday was in public remembrance of what would have been Mrs Čáslavská 75th birthday.